This author has not yet filled in any details.
So far estarider has created 67 blog entries.

ESTA is soliciting proposals for the provision of financial audit services for a 3-year period  beginning with the fiscal year ending June 30, 2018.  The Financial Services Request for Proposals (PDF) document can be downloaded by clicking the link.  Proposals are due by 4:00pm on March 21, 2018.

ESTA is seeking a hands-on leader to serve as its next Executive Director.  Additional details and application information can be found on our Jobs Page.

Effective February 1, 2018, the location for the Carson City stop for ESTA’s 395 north route from Lone Pine to Reno will move to the JAC stop at Hot Springs and Retail by the Walmart.  This route will no longer stop at The Nugget in Carson City after January 31st. 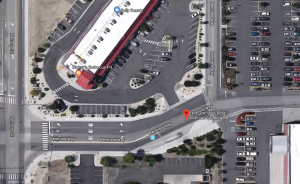 New, limited fixed route transit service will begin Wednesday, December 13th to address concerns raised by area residents and businesses following the cessation of the Gray Line service last year.  This new service is the culmination of a process that included a request for written comments, which were nearly evenly divided and mirrored the comments voiced at a separate meeting that was held on November 8th.  The comments generally fell according to the following two positions;  1) please reinstitute transit service even if this means that buses must use Red Fir to turn around or, 2) do not have buses use Red Fir under any circumstances, even if this means no transit service beyond Snowcreek.

A service option was developed that attempted to respect both of these positions.  Similar to what was operated last year the proposal would use the smaller dial-a-ride bus that can make a U-turn on Old Mammoth Road at lower Red Fir to provide three trips into Town in the morning, and three return trips in the afternoon.   Although this causes a negative impact on the dial-a-ride service, it would be a means to provide some service to the upper Old Mammoth Road area without having buses travel on Red Fir.  The proposed service was shared with the individuals who have commented on transit service to this area. The majority of responses were favorable, indicating that the proposed service would meet at least some of their transit needs.  To minimize the negative impact on the dial-a-ride service, one run in the afternoon will only operate on days that school is in session, and all of the afternoon runs will only continue beyond Sierra Center Mall if there are passengers on board.  The service will be implemented on Wednesday, December 13th in conjunction with the winter season start of the Green, Blue, and Yellow Lines.  The service will be re-assessed following a 90-day pilot program period.  This service is expected to be a short-term solution prior to development of a suitable turn-around next summer that will allow the Red Line and Town Trolley buses to provide service to the Old Mammoth area. The service schedule for this new service can be viewed here.

Notice is hereby given that the Eastern Sierra Transit Authority (ESTA) is seeking proposals from qualified consultants to review and assess ESTA’s current organizational structure, operational functions and levels of staffing.

Proposals must be received no later than 5:00 p.m., Friday, September 25, 2017 at the Eastern Sierra Transit Authority’s offices located at 703-B Airport Road, Bishop, CA 93515.  No late submittals will be accepted.

Any questions with regard to submissions, process, or proposals can be emailed to John Helm at jhelm@estransit.com.

The Request for Proposals (RFP) can be downloaded here (Organizational Assessment RFP).

Visitors can take steps to avoid crowds and queues

The mandatory shuttle system manages the limited parking available as well as the high visitation along this narrow road into this special valley.

Visitors can take some additional precautions for a safe and enjoyable experience. Although the day may be hot, the lake and river waters can be very cold and dangerous for swimming.

As of Friday, July 21st the Reds Meadow shuttle has commenced operation for the 2017 season .  The shuttle operates from 7:30am until 7:00pm, with the last departure from Reds Meadow Resort at 7:45pm, and will operate seven days/week through September 6th.  Further information click here, or call 760.924.3184.

Based upon very low ridership the past four months, Eastern Sierra Transit is proposing that this service be discontinued effective June 24, 2017.  Public comment regarding this proposed service modification will be accepted through June 9, 2017.  Comment can be submitted via U.S. mail to Eastern Sierra Transit, P.O. Box 1357, Bishop CA, 93515, via email to info@estransit.com, or delivered in person to ESTA’s office at 210 Commerce Drive in Mammoth Lakes.

The Bishop Creek Shuttle is scheduled to commence service on June 17th and will operate 7 days/week through August 20th, then weekends through October 15th.  The Shuttle will depart Bishop at 8:00am and 3:15pm then will travel to South Lake and Lake Sabrina before returning to Bishop.  The Shuttle will stop for passengers along the route anywhere that it is safe for the bus to stop.  The one-way adult fare is $5.00 ($2.50 for seniors, youth, and disabled).  Click here for additional details.

Note:  Commencement of the Bishop Creek Shuttle is dependent upon opening of the road to South Lake and to Lake Sabrina.  Schedules are subject to change or cancellation.

Click on the route names above to view complete schedule information.